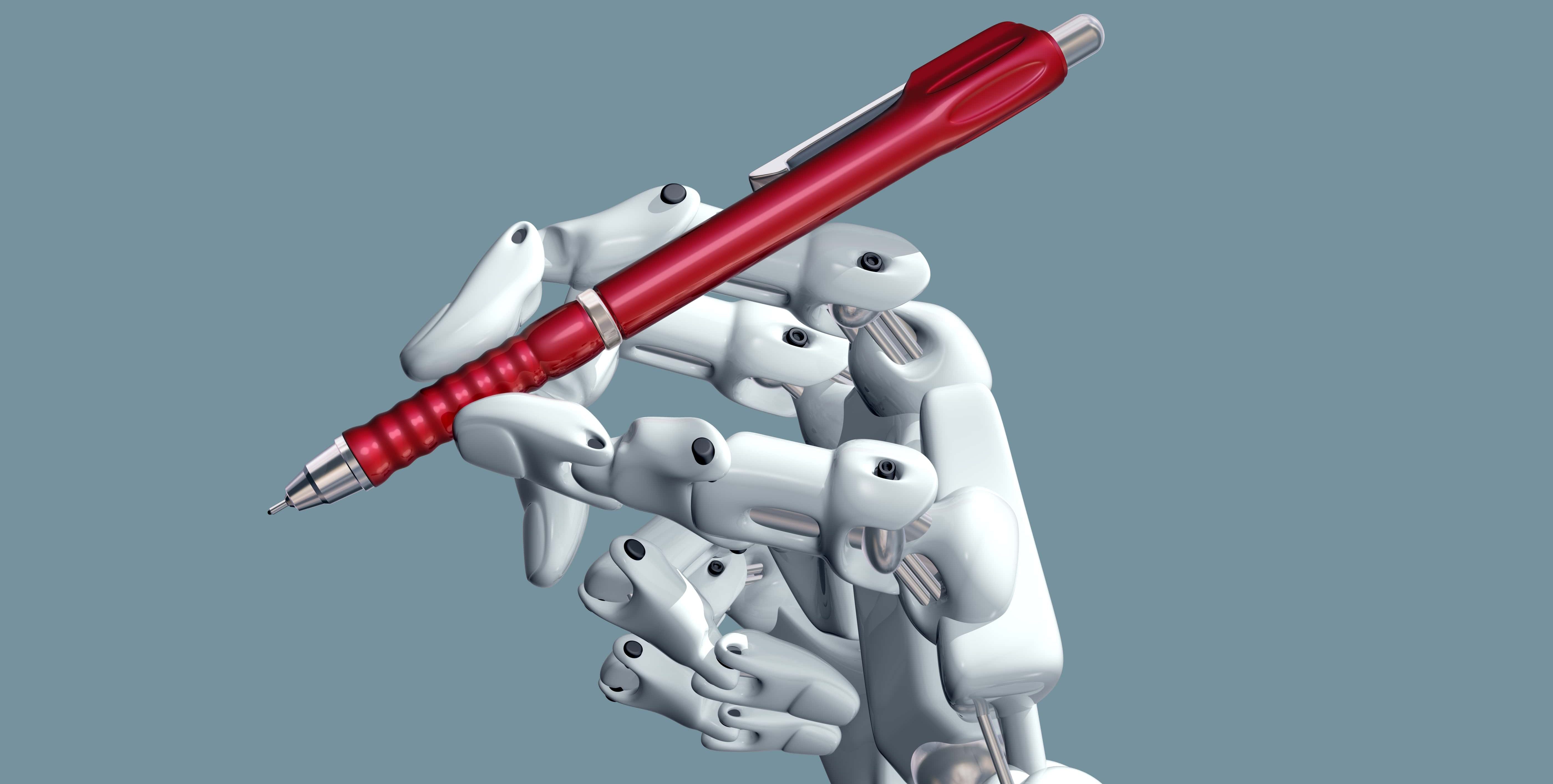 It’s impossible to curate a list of the best science fiction authors of all time without mentioning Isaac Asimov. His prestige and pedigree cannot be overstated. As well as being one of the most respected authors in terms of his literary contributions, he is one of the most serious scientists found here. His contributions to the sci fi genre and science as a whole are numerous. His Foundation series is one of the most classic sci fi series of all time, and his laws of robotics are an incredible scientific landmark.

Robert Heinlein is perhaps the finest example of a classic sci fi writer who used the genre to explore wider themes. Although Heinlein’s work stands on its own as essential reading, having helped to establish some of the biggest and best subgenres within sci fi, he was also one of the first writers to explore social themes through a science fiction lens. For newcomers to Heinlein, Stranger In A Strange Land and Starship Troopers are excellent starting points.

We wanted to avoid the cliche of listing the ‘big 3’ authors in order, so allow us a brief detour in the form of Frank Herbert. Dune is perhaps the best example of an epic sci-fi story that satisfies both genre fans and wider literary admirers. Dune also is the best-selling sci fi story of all time, a true testament to its broad appeal. However, Herbert shouldn’t be thought of as a one trick pony. As well as penning classic fiction, Herbert is a trained journalist. This helps to explain the level of political and social detail he weaves into his work.

Arthur C Clarke is the third of the classic ‘big 3’ science fiction authors, alongside Isaac Asimov and Robert Heinlein. Clarke’s stories are well-known through their film adaptations, although sci fi purists tend to insist on the superiority of the print editions. As well as his best-known work, 2001, Clarke has produced other genuine classics such as Rendezvous with Rama. Outside of science fiction, Clarke was a true adventurer, even discovering a ruined temple as part of his scuba diving expeditions! This pioneering spirit can be found within the pages of his science fiction books.

​Le Guin is perhaps the most widely admired female science fiction author, and with good reason. Her stories stand up against any in the genre, and she is one of the most imaginative minds to ever put pen to paper. Guin’s special talent was mixing fantasy and science fiction into cohesive and gripping tales which also grip the reader emotionally. Although definitely appealing to sci fi fans, to say Le Guin was purely a science fiction author is a disservice to her. Her work drew critical claim from literary reviewers of almost every type, and Le Guin stated she was a novelist as opposed to a sci fi author.

Aldous Huxley’s influence is immense and lasts until this day. His writing was almost prophetic in predicting many of the ways in which science would change the world, and the impact that technology would have on science as a whole. Brave New World is still widely considered one of the most important novels of all time. In addition to his better known works, Huxley released many other books and essays, and is considered a philosopher and thinker outside of his work as an author.

Douglas Adams is one of the most-loved authors on this list, and with great reason. His Hitchhiker’s Guide series is one of the most enjoyable and fun science fiction works of all time, and Adams work continues to be adapted and enjoyed to this very day. Although Adams wasn’t a sci fi novelist in the conventional sense, having originally released Hitchhiker’s as a radio play, the legacy and impact of his work earns him a spot on this list.

Philip K Dick’s work is some of the most influential to ever exist. The power of his stories is evidenced by their numerous adaptations into film, and some of the ideas and tropes advanced by Dick have helped revolutionize the science fiction genre. To release a single story as immense as Do Androids Dream or The Man In The High Castle would be a landmark achievement for most authors, but for Philip K Dick, it was par for the course. A true titan whose impact continues to be felt.

Larry Niven was one of the most imaginative and visionary authors to ever publish in the science fiction genre. Perhaps best known for his Ringworld series, Niven released a mixture of hard sci-fi, humorous works, and even stories with a sort of private eye feel to them. Niven is so widely regarded that there is such a thing as ‘Niven’s Laws’, a series of principles explaining the universe through Niven’s viewpoint. Larry Niven was perhaps the most readable of hard sci-fi writers, and is well worthy of his status as one of the best of all time.

William Gibson’s work had a major impact both within and beyond the world of science fiction. As well as coining the term cyberspace, Gibson helped to establish the conventions of the cyberpunk genre. His work is thrilling as well as intellectually stimulating. Of course, helping to establish cyberpunk wasn’t enough for Gibson, so he also founded the steampunk genre with the help of Bruce Sterling. It’s hard to think of a more influential and important modern sci-fi author.

Poul Anderson is a fine example of a sci fi author who was able to both write entertaining, fun fiction, that also packed a political punch. Some of the themes found in his stories include the importance of liberty, and the arrogance of Westerners towards other cultures. Some of his best known work includes Tau Zero and Time Patrol. Anderson’s pedigree is evidenced by the multiple awards he has won as well as his presence in the sci fi hall of fame.

Orson Scott Card is well-known for his classic tale Ender’s Game, originally released as a serial story. Card’s winning of consecutive Hugo and Nebula awards is unmatched. As well as Ender’s Game and its sequel, Speaker For The Dead, Card has released award-winning works of fantasy, and even non-fiction guides to writing sci fi. A well-loved author who has produced some of the best sci fi of recent decades.

David Brin is a fine example of a sci fi author who is able to release both critically acclaimed and readable works. Brin is a master of both series, such as his Uplift novels, and standalone books, such as the critically acclaimed The Postman. Brin has more Nebula and Hugo awards than most of us have pairs of shoes! There aren’t many writers who are able to please both the literary critic and the casual reader alike, but Brin is one of them. The Postman is perhaps the best starting point for newcomers.

Michael Crichton will always be best-known as the mind behind Jurassic Park, but he in fact released a wide range of other epic novels. Crichton is able to blend serious science and gripping narrative in a way that few others are. Aside from Jurassic Park, Crichton’s best work includes Micro, a posthumous novel, and interestingly the TV series ER, testament to Crichton’s former life as a medical doctor. A truly extraordinary and talented individual.

​HG Wells has an almost mythological status within the world of science fiction, and pop culture in general. Although the tale of widespread panic at The War Of The Worlds is basically an urban legend, Wells’ impact goes far further than that. In addition to War Of The Worlds, Wells wrote The Invisible Man, and is widely referred to as ‘the Father of science fiction’ due to his influence. Wells is one of the earliest voices in the genre, and all future writers are indebted to him for blazing the trail they later followed.

​How Were The Best Sci Fi Authors Selected?

The ocean of science fiction awesomeness is deep and wide, so choosing 15 of the best ever was no easy task. In fact, there could probably be at least 50 writers on this list. However, we don’t want to risk information overload, so we decided to narrow it down.

There are plenty of writers who have released one or two amazing works, but failed to make this list due to how prolific certain writers, such as Isaac Asimov, were in comparison.

Given that this could never be exhaustive, what are some of the factors Top Sci Fi Books kept in mind when compiling our choice of the best fifteen science fiction authors to ever put pen to paper?

​Were There Any Near Misses For The List Of Top Science Fiction Authors?

There are plenty of authors who were considered for this list but didn’t quite make it. This isn’t because they are worse than the authors on the list as such. Instead, they didn’t quite feel right, based on the criteria we were using.

Of course, any list of the best authors is going to be subjective. We could have been sterile and boring and done something like aggregate all the Amazon review scores, but who wants to do that? Although it’s science fiction, it’s very much an art!

So who are some of the authors we thought about including, but ultimately chose to go in another direction?

Ultimately, there is no way of definitively naming the best sci fi authors of all time. Every sci fi fan will have a slightly different criteria. However, we feel that this list presents a notable range of titans. There is someone for everyone, and much to discover when digging through the bibliographies of these science fiction powerhouses.

​Check Out The Best Sci Fi Authors For Free!

​Interested in delving deep into the works of the top science fiction writers? You can do so for free! Here are two ways to make it happen: