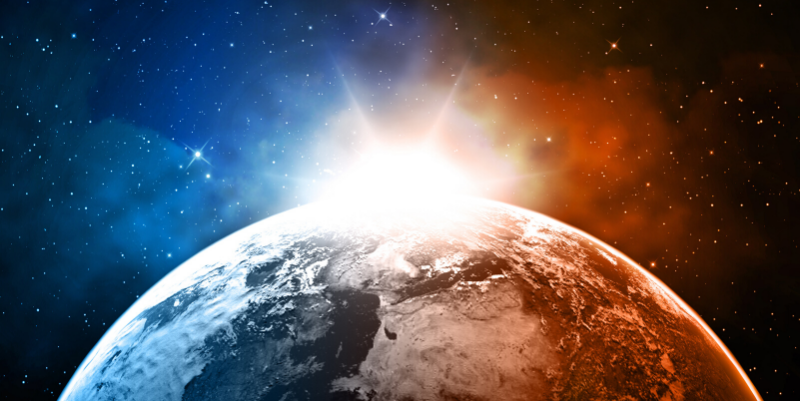 These Mass Effect books show that great science fiction can come from the most interesting of places. TV, movies, plays, and even radio shows. In today's era, there's another wonderful source--video games. And nobody really does it much better than Mass Effect.

So, what are the best Mass Effect books? Unlike Star Wars where there's countless novels, there's only seven in total for Mass Effect. 4 that follow the original game trilogy and three that expand upon Mass Effect Andromeda. Let's check them out.

Mass Effect: Revelation
$7.99
Check It Out on Amazon!

The Mass Effect novels kick off with Revelation. But here's the cool thing...This book was actually published a full six months before the first game. It's actually a prequel to the events that happen in Mass Effect.

The book was written by the game's lead writer, Drew Karpyshyn, and lays the ground work for what's to come. Drew also is a writer for the expanded Legends series and canon writer for the Star Wars Universe.

Revelation takes place in the year 2156 shortly after humanity joins the Galactic Community. It follows the story of David Anderson (a human officer) and Saren Arterius (the all-too familiar villain of Mass Effect). These two are on a mission to determine just what happened at a human research facility while trying to maintain their VERY shaky relationship.

Mass Effect: Ascension
$7.99
Check It Out on Amazon!

The second Mass Effect novel is somewhat similar to the first as in it's a prequel, but this time to the second game. It also brings back and expands upon playable characters in the first RPG.

Ascension follows the story of Gillian Grayson--an autistic, but exceptionally gifted biotic prodigy. Grayson is being hunted down by Cerberus, a pro-humanity anti-alien militia group. Gillian knowing the horrors that Cerberus is capable of will do anything to evade their clutches.... Even if that means involving the migrant Quarian fleet.

This book is really awesome for two main reasons:

This is the last Mass Effect novel written by Drew Karpyshyn. And just like his previous two novels, this book serves to tell of events between the second and third game--the final game of the original trilogy.

In Retribution, Cerberus led by The Illusive Man is out seeking Grayson again. But instead of Gillian...they're looking for her adoptive father Paul. The Illusive Man is hell-bent on testing and developing new technology based on that of the Reapers. And when Paul ends up missing, Kahlee Sanders (a returning character from both previous novels) calls upon David Anderson to help find Paul.

This really is a great book. Not only is it well-written, but it really appeals to Mass Effect fans by bringing back beloved characters such as Sanders and Anderson.

Mass Effect: Deception
$7.99
Check It Out on Amazon!

Mass Effect: Deception is the fourth installment of Mass Effect books in the literary universe. And the first one not written by the game's lead writer. Mind you, if you haven't read Retribution...there will be some spoilers here.

Deception takes place shortly after the events of Mass Effect: Retribution. It turns out that

Paul Grayson has been killed at the hands of Cerberus. And Gillian Grayson--currently fighting with Cerberus--has just found out. However, there are bigger issues on hand such as the Reapers getting ready to exterminate life in the galaxy as they know it. So, how is Gillian going to maintain her fight against the reapers and exact her revenge on Cerberus?

This book while well-written as a standalone story has drawn a bunch of backlash from the Mass Effect community. The first edition release featured many contradictions to established Mass Effect lore. Since its reception, BioWare (the game developer and those with the Mass Effect rights) has issued an apology and the book is currently be revised to ensure continuity.

Mass Effect - Andromeda: Nexus Uprising
$8.99
Check It Out on Amazon!

Nexus Rising is the first book in the new wave of Mass Effect books. While the previously released novels followed the original trilogy of games, this one takes place in the Mass Effect Andromeda timeline--aptly named after the game of the same title.

The story follows the Security Director of the Nexus spacecraft after being awoken from cryostasis. And upon awakening, she discovers that the craft is in a dire state, and everybody on board is in imminent danger.

The way this book was handled was pretty cool. They actually published this book the same day that the game was released. Great marketing ploy by the development and publishing teams.

In this story, the plot follows Cora Harper. As a human with biotic affinity, she joined the Systems Alliance Asari Commandos early in her career. There her talents honed her into an elite killing machine. But upon her return to Earth, she feels alienated and volunteers for the Andromeda Initiative. She becomes second-in-command of an Ark holding 100000 colonists bound on a 600 year mission. All's well until a priceless piece of tech goes missing which can prematurely put and end to the mission.

This book was co-authored and put together by the Hugo Award winning writer N.K. Jemisin and Mass Effect Creative Director Mac Walters. Anyone into the Mass Effect series will find this real page turner.

Mass Effect: Annihilation
$7.99
Check It Out on Amazon!

This is the third and latest planned Mass Effect book to the Andromeda timeline. And they couldn't have found a better author for it. Written by Locus award-winning author Catherynn M. Valente, the book definitely needs checking out.

The Quarian ark Keelah Si'yah is following the rest of the galaxy's lead. Make it to the Nexus. However, this ark isn't going to have the liberty of an easy trip. A deadly super pathogen has been found amongst the crew, and it's starting to look like that was premeditated. And when there's catastrophic failure of ship's equipment prohibiting proper travel, all doubts are removed.

This book is the latest book written for the entire expanded Mass Effect universe. However, there are still talks in the mix to continue both the original timeline and the Andromeda one.

What is the original Mass Effect Story?

In order to get a full grasp on this, here's a quick background to the Mass Effect universe.

As far as the rest of the galaxy is concerned, humanity are still the FNGs--freaking new guys. They've just recently become part of the galactic fold and are definitely treated as such. Now, in the original Mass Effect game, a united order called the Spectres exist to protect the galaxy. They're an elite commando unit who report directly to the Galactic Council. And Commander Shepard receives and accepts the invitation to become the first human Spectre.

And Shepard's first assignment is bringing in a rogue Spectre known as Saren Arterius. But things aren't exactly what they seem. Saren has been indoctrinated by something known simply as the Reapers--an ancient alien race hellbent on destroying and remaking the galaxy. Not to mention that a mysterious figure--known as the Illusive Man--has come into the mix with his paramilitary organization, Cerberus.

The original game story line follows Shepard as he brings down Saren, Cerberus, and the Reapers.

What is Mass Effect Andromeda all about?

Mass Effect Andromeda isn't a continuation of the main story line per say, but more of a lateral extension. The Andromeda story actually begins somewhere between the events of Mass Effect 2 and Mass Effect 3.

The main premise of Andromeda is that the main four council races and the Quari​an Migrant Fleet are working together to explore new potential home worlds in the Andromeda system. In the game, the player controls either Scott or Sara Ryder--the child of humanity's Pathfinder, Alec Ryder. The journey to Andromeda is around 600 years so this is where cryostatis comes into play. And it's also the main separation between the original trilogy and the Andromeda game.

All of the Andromeda novels, though, are viewed as prequels to the events that take place in the game.

In what order should I read the Mass Effect books or play the games?

That's a good question. But it all depends on what kind of experience you'd like to have. If you're looking to see the development of the series as a whole, you should read/play the books and games in the order they were released. That'll give you an appreciation of exactly how this universe has evolved and come together.

But...if you're looking to fully immerse yourself in the lore's timeline, you should read them in chronological order as follows:

The Mass Effect timeline is very different than many other timelines you'll see in science fiction. And that's because every moment is absolutely critical to every other one. What happened 50000 years ago is just as...if not more important... than what would currently be happening in the first Mass Effect game or its prequel.

Thankfully, Timeline Channel on Youtube has done the legwork for those of you looking to get caught up with what's going on.

Get These Best Mass Effect Books for Free!

Are you looking to get any of these Star Wars books? Well now you can explore the galaxy for free with one of these two offers!