Dune is arguably the greatest contribution to science fiction canon of all time. Its massive influence has touched the lives of many works including Star Wars, the Wheel of Time series, A Song of Ice and Fire (Game of Thrones), Warhammer 40k, etc. Essentially, if it's post-Dune sci fi... it's hard not to find the influence. There are so many movies and books like Dune.

But which are our favorites? That's a pretty tough question to answer seeing as there's just so many options available. However, we did it--barely. Each of these selections will have an intensely detailed world-building element, twisted political controversy, or some other epic component guaranteed to blow your mind.

So let's dive right on in!

Don't forget though.... If you want to check out any of these titles for free, you can do so with Audible's one month free trial.

the Jesus Incident
$7.82
Check It Out on Amazon!

I know this seems like cheating. Putting another Frank Herbert novel on this list... But seriously, why doubt the master?

This is actually the second book Herbert wrote as part of his Destination: Void universe--honestly, you can read this one first followed by its sequels and not miss a thing.

The Jesus Incident deals with mankind post-Earth and their idea of manifest destiny and colonial ambition. And while this book is not as popular as Dune, there is absolutely zero doubt that this book carries the same weight.

It was co-written by leading poet Bill Ransom who once dubbed the book "the most important breakthrough novel since Dune". 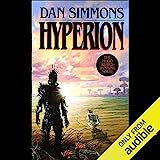 Hyperion
Check It Out on Amazon!

One of the most critical parts of what makes Dune great is its immense world-building. When reading it, you can truly become immersed inside its universe as if you're one with the surroundings. And Hyperion is no different.

Hyperion is truly a unique book. It's written mostly in flashbacks and individual stories much akin to Chaucer's Canterbury Tales. This led to a few criticisms, but it's hard to argue against the book's 1990 Hugo and Locus Awards for Best Novel.

The plot follows the individual stories of seven pilgrims venturing forth through the labyrinth-like planet of Hyperion to the mysterious Time Tombs--where a deadly-powerful godlike monster, the Shrike, awaits.

Foundation
$7.99
Check It Out on Amazon!

You'll be hard-pressed to find a list of the Greatest Sci-Fi of all time without Foundation on it. Heck, even our list of Best Sci Fi Books touts it as one of the GOATS--and that's just after DUNE!

And there's a perfectly wonderful reason for that. Foundation is just that good. It has Dune-esque world-building, prophesied destinies, and that distant future vibe every genre fan loves.

Similar to Hyperion, Foundation tells the tale of five inter-connected short stories about the Foundation--an institute whose purpose is to preserve civilization after the fall of the Galactic Empire.

The Foundation series has won several Hugo Awards including the one and only Hugo Award for Best Sci-Fi Series of All Time. So yeah... go read this.

Aside from its world-building, Dune is remembered heavily for its twisting political controversies. And while the setting "sets" the stage, it's really these cutthroat policies that keep us hooked. And few books do it like Dune. But boy... Zalazny's Lord of Light definitely steps up.

The story revolves around the last known survivors of Earth and their attempt to colonize a new, mysterious planet. Problem is... There's a bunch of inhospitable--dare I say, hostile--indigenous races. It's up to the colonists to find their place or die.

Lord of Light also has a unique edge to it when it comes to religion. The world created by Zalazny is a Hindu/Buddhist infused place and directly references many Indian culture and religious iconography including Hindu gods, Prince Siddartha, and the Buddha. 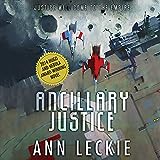 Ancillary Justice
$26.94
Check It Out on Amazon!

This is one of the more modern selections on our list, but this book more than holds its own. Ancillary Justice by Ann Leckie is an enormously well-built space opera that has all the classic elements for a great story. The plot spans over a entire galaxy with each locale perfectly crafted. Both Empire-wide and local political movements are executed flawlessly. And let's not forget a kickass heroine.

The story's all about the Radsch Empire and their exploits throughout human-controlled space. They have a very unique military setup where human soldiers are GIs, but so are ancillaries--AI-controlled human shells. Neat huh? The protagonist of this tale is one of these ancillaries named Breq and it follows her quest for intergalactic justice.

Now, be warned. This isn't necessarily beginner sci-fi. So, you may want to warm up a bit before diving into this one. But once you do... You won't be disappointed. Even among the greats on this list, it's one of the most highly decorated. Ancillary Justice has won the Hugo, Nebula, Arthur C. Clarke, Locus, BSFA Award for Best Novel.

While our last book was more on the modern side of things, we throwback to a classic with this selection. Childhood's End by Arthur C. Clarke was actually written prior to Dune and even served as a bit of inspiration for the novel.

This novel is pretty different as far as books go. There's really no main character. The book is written in three main parts that tell separate stories based on humanity's timeline. For instance, the first part is written about the US and the Soviets expansion into space. However, the second part focuses on the "Golden Age of Humanity" and their Overlord masters.

Seeing as the major SciFi awards were not yet around--including that of the namesake author-- the book didn't receive any tangible accolades. But was well received with Clarke being likened to some of the greats including H.G. Wells and C.S. Lewis.

The last selection for our list comes from Orson Scott Card. For those of you unaware, he's the writer behind Ender's Game--a personal favorite around TopSciFiBooks. And if you've read any of Card's books, you can tell just how massively politicized they can get.

Speaker for the Dead is actually the second book in the Ender's series. It takes place around 3000 years after the events of Ender's Game. However, Ender is only about 35 years old. Relativistic space travel at lightspeed and what-not. In this book, Ender travels the galaxy attending funerals and telling the stories of the deceased. This way those in attendance get to truly walk a mile in their shoes.

This book--like the one before it--was well received within the Sci Fi community. It received numerous awards including the Hugo, Nebula, and Locus for Best Novel in 1986.

What is Dune? Why You Should Read it?

When it comes to talking shop about Sci Fi books, I always recommend Dune to those who haven't read it. It's such an incredible story with intense settings, deep story lines, and page turning tenacity.

But what's it really all about?

Check out this TEDEd video that breaks down what the story's all about and why you won't be able to help but get into it.

Are you looking to get any of these books like Dune? Check out how with one of these two offers!